We are a mindfulness meditation practice group in the tradition of Thich Nhat Hanh.
This is a relaxed and joyful practice, rooted in loving kindness, and focused on bringing mindfulness to every moment and peace to all living beings. When we have stillness, we can listen, truly listen, and transform sorrows and anxieties to happiness and compassion.

You are invited to join us for Friday afternoon practice via Zoom. Contact DLS to request Zoom link. Please see upcoming events for meeting dates. All are welcome!

History of Our Sangha

In a retreat April 2012, a dharma teacher suggested to Nomi Redding she could found a sangha (practice community) in Lawrence with the seeds of a monthly meditation group she was convening at that time. Over the summer she brainstormed first with Amy Bertrand and they were joined by four others, including Chuck Fantz, for our first organizing committee. An agreement was signed with Unity of Lawrence for space and the first weekly afternoon practice was held September 7, 2012 with facilitators Amy, Chuck, and Nomi. Kassie Nieters attended the first sangha practice with her friend, Linda Varberg, and became the third facilitator the following year when Amy’s work schedule changed.

Currently serving on our Caretaking Council are: Nomi, Chuck, Kassie, Ann Alexander, and Margaret Rose. We appreciate past facilitators Janet Gerstner, Judy Sasser, and Linda English, and their many contributions to our group. We honor fondly Judy’s memory as well as that of Linda Varberg, whose generous contribution led to our Lending Library. From the 2012 retreat forward we were ably mentored and received compassionate and concrete support from Bethany and David Klug with Heartland Community of Mindful Living.

Due to Covid restrictions, we suspended in-person practice in March, 2020 and initiated online practice by Zoom in July. When it is safe to return to in-person practice, we will resume additional practices of our Sangha, including a monthly evening recitation of the Five Mindfulness Trainings.

Our current Zoom practices include:

Our practices are welcoming and inclusive. No prior meditation experience is necessary. Our mission is providing a sense of community and connection. 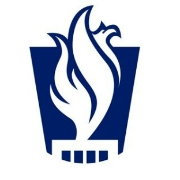 Recently our facilitators were asked what word or phrase to them captured the
essence of our sangha. These were their replies:

“To meditate with mindful breathing is to bring body and mind back to the present moment so that you do not miss your appointment with life.” — Thích Nhât Hanh